Our fourth conference took place at the Tally Ho Conference Centre near Birmingham on Thursday 10 October.

This years conference was opened by the Chief Executive of West Midlands Ambulance Service, Professor Anthony Marsh. After leading a competition to see which Ambulance Trust could raise the roof most effectively with their cheering, we handed over to the first keynote speaker.

Rob Berkeley introduced the theme of this years conference, intersectionality, by recounting his personal journey of coming out, and later founding the organisation BlackOutUK. This organisation is based in London and is a community based asset for black men. Rob also talked about the complications and pitfalls of labels and concepts such as intersectionality. He also spoke of identifying as a black man dealing with health issues.

After Rob, we played a short video presentation from the NHS England Chief People Officer, Prerana Issar. Prerana talked about the importance of making the NHS inclusive and safe for everyone and wished everyone a wonderful day.

The afternoon session started with the return of the Gold Star of Life Awards. Kirsten Willis, Deputy Chair of the National Ambulance LGBT Network, compered the awards. For this second round of awards, individuals were nominated by people in their Trusts. In total seventeen new Gold Star of Life awards were made.

Also in the afternoon Dr Michael Brady provided a comprehensive update on the Government’s LGBT Action Plan and priorities for the NHS in the coming years. His presentation outlined many health inequalities that currently exist.

The day closed with a speech from the Chairperson of West Midlands Ambulance Service, Sir Graham Meldrum. Relating to his experience of working in the Fire Service, Graham reinforced the importance of ensuring staff are valued and supported at all levels of the organisation. This concluded a varied day which we hope you all enjoyed.

We have always tried to include some variety in the workshops and this year was no exception. The committee largely focussed on bringing delegates that were attending for the first time up to speed with some of the inequalities and issues.

In a very thought provoking workshop David Moreton discussed the conflict between sexual orientation and faith, given the backdrop of most faith systems having something very negative to say about homosexuality. David used his personal experience of dealing with this conflict and outlined the work being done by the organisation he works with, Oasis, to provide pastoral support to LGBT people.

The subject of hate crime is never far from the news at the moment, with escalating numbers of incidents being reported generally, and towards ambulance staff. Sam Jennings (Lancashire Police) and Ian Ashton (West Midlands Police) looked into this subject and the importance of reporting.

A further workshop provided a whistle-stop tour of the subjects of intersectionality and microagressions. Pam Brown (West Midlands Ambulance Service) joined forces with Alistair Gunn on this one.

Once again this years we saw a number of the workshops being facilitated by members of the National Ambulance LGBT Network committee.

Tony Faraway and Adam Williams teamed up to discuss patients living with HIV. Their presentation included some new research on patient experience and staff knowledge.

Similarly Mike Taylor and Val Nash teamed up to give a presentation on LGB basics. Steph Meech provided a workshop on the Trans element to compliment this. Jules Lockett facilitated a workshop which looked at supporting good mental health in control room environments.

Have a look at the conference programme from our conference in Birmingham. 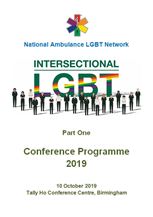 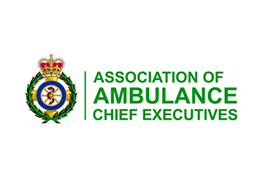 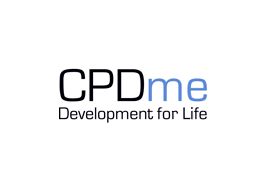 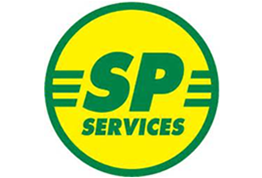 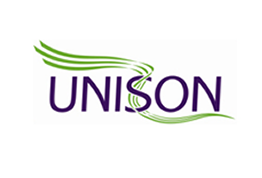